The following, 6-page, "smoking gun" document dated November 29, 1963, essentially proves that Lyndon Johnson and J. Edgar Hoover are directly responsible for covering up the truth about the assassination of John F. Kennedy. They are the ones who controlled all the disinformation that was publicly exposed. Needless to say, you have to know what the truth is to cover it up as meticulously as they did.

Apply the Watergate Rule --it's not the crime, it's the cover up stupid.


Summary: The second half of this post includes the copy of a memorandum written by J. Edgar Hoover immediately after he met w/LBJ in the Oval Office seven days after President Kennedy had been murdered. The first half analyzes some of the more remarkable details of this memo.

In 1963, John Edgar Hoover and Lyndon Baines Johnson knew each other very well. They had lived across the street from each other for the past 19 years. A professional bureaucrat of formidable talents, a 29-year-old Hoover was appointed director of the Bureau of Investigation.

In 1924 (Hoover added "Federal" to the title in 1935) by then Attorney General Harlan F. Stone to clean up a corrupt organization. During WWII, President Roosevelt expanded the FBI's reach charging Hoover with investigations of Nazi and Communist activities in the U.S. The Cold War gave the Bureau new power and Hoover new glory. Hoover's dossiers continued to grow as well as his command of Congress, his manipulation and intimidation of the press, and his stature in the country.

Hoover supplied Joe McCarthy with a great deal of the ammunition which enabled McCarthy to sustain his "crusade" far longer than would have been possible without Hoover's connivance.

When Robert Kennedy became Attorney General in 1961, Hoover's entrenched power-structures suffered a two-year, 10-month setback. Long before 1961, Hoover had created a direct channel of communication with whoever was the current occupant of the Oval Office--bypassing the actual chain of command which went from the President, through the Attorney General, to Director of the FBI.

When LBJ assumed the Presidency, Hoover's direct link into the White House was re-established. Johnson's official relationship with Hoover was enhanced by personal friendship as well. "As majority leader [in the Senate], Johnson already had neen receiving a steady stream of reports and dossiers from the Director ...which he prized both as a means of controlling difficult senators and as a gratification of earthier instincts. For President Johnson, secrets were in themselves prerequisites of power . . . No chief executive praised the Director so warmly. In an executive order exempting Hoover, then sixty nine, from compulsory retirement at seventy, Johnson hailed him as 'a quiet, humble and magnificent public servant . . . a hero to millions of citizens and an anathema to all evil men. . . . The nation cannot afford to lose you . . . No other American, now or in our past, has served the cause of justice so faithfully and so well' ("Johnson Hails Hoover Service, Waives Compulsory Retirement," NYT, May 9, 1964)." -- -- from "The Age of Surveillance, The Aims and Methods of America's Political Intelligence System," by Frank Donner, (c) 1980, Knopf.

The following memorandum, written by Hoover immediately after his meeting with President Johnson, just seven days after the assassination of President Kennedy, is a remarkable document to say the least. There is much information imparted in the memo regarding just how fluid and unstable the cover story about who killed JFK still was shaping up to be at that time. By analyzing the discrepancies between the story Hoover briefed Johnson about on November 29th, and what the final cover story handed down by the Warren Commission would claim almost a year later, we can better appreciate the degree to which the final "official report" was sculpted to fit the constraints the Commission was forced to adhere to, regardless of the actual facts of the assassination.

This document is what is known in bureaucracy-speak as a "memo for the record." It was a customary practice in the upper levels of the bureaucracy in the days before electronic technology in Washington, D.C. An official of high rank would usually return to her or his office after such a meeting and dictate a memorandum of as many details of the discussion as could be remembered. It was a way of recording one's own professional dealings for future reference.

It is interesting to note that of all the people listed at the bottom of page one, retired General Lauris Norstad (who had been head of the NATO forces at SHAPE headquarters in Europe before his retirement) was the only one who somehow succeeded in not serving on this Presidential Commission. Earl Warren did NOT want the job and had sent a memo ahead to the Oval Office, before he answered LBJ's summons, stating he would not participate in such a commission. But when push came to shove, Johnson's formidable powers of persuasion turned Warren's `no' into a `yes.' Apparently, even such focused persuasion could not win Norstad's agreement.

The six topic bullets at the bottom of page one are file listings. This is important for anyone ever finding themself searching for documents from the government through Freedom Of Information Act requests. This type of listing is very useful because it lets one know that these files exist, and that one might be able to find documents using this method which one might not find (or even know about) any other way.

In the middle of the first paragraph on page 3, Hoover relates how the Dallas police didn't even make a move to stop Ruby. This is a pretty heavy line by Hoover. He implies the Dallas cops must have somehow been in collusion to silence Oswald from living to stand trial.

But the implication is never fleshed out. The second half of page three contains some of the most enlightening statements of the whole memo. Hoover tells Johnson three shots were fired. Johnson asks "if any were fired at him." This question goes a long way towards explaining the twin obsession to plead ignorance and to simultaneously contain an independent investigation.

LBJ had heard bullets flying overhead--he had been that close to the action. It was completely out of keeping with the standard security procedures the Secret Service employed to have any such parade appearance be attended by *both* the president and the vice president. Johnson heard the sounds of those guns very clearly and the message they conveyed. Not long before he died, LBJ was interviewed by his friend and writer Leo Janos. In the July, 1973 issue of "The Atlantic Monthly," Janos relates that LBJ told him:

1. "that the assassination in Dallas had been part of a conspiracy; 2. "I never believed that Oswald acted alone . . . 3. "we had been operating a damned Murder Inc. in the Carribean." The presence of the vice president 2 cars behind the president in the parade in Dallas was a fundamental breach of the level of security normally adhered to by the Secret Service. Then there follows a most curious and confused explanation by Hoover of the three shots fired: "the President was hit by the first and third bullets and the second hit the Governor". Obviously Hoover did not yet know about the injury suffered by James Tague. Tague's face was nicked by a bullet fragment (or a fragment from the curb it hit) which missed the limousine entirely and struck the curb at his feet, approximately 160 feet past the location of the president's car. This shot would end up having to be one of "the three bullets fired" in the official story. Johnson then explicitly asks again "were they aimed at the President." What a joker.

It would appear that LBJ is obsessively trying to suggest that he is not aware of the fact that John F. Kennedy was the only target, on November 22nd, 1963. Hoover then says a mouthful when he states "I further advised him that we have also tested the fact you could fire those three shots in three seconds." Apparently they did not yet understand the implications of the Zapruder film or they were confident they would be successful in never allowing the public to gain any kind of access to it.

Probably the most confused statements Hoover recounts making are when he describes for Johnson's benefit how Connally was hit: "I explained that Connally turned to the President when the first shot was fired and in that turning he got hit. The President then asked, if Connally had not been in his seat, would the President have been hit by the second shot. I said yes." Hoover goes on to claim they found the gun and three shells on the fifth floor. The number of variations on what would become the official cover story are quite numerous. All of the the facts of the assassination were working against them. They had a story all worked out--3 seconds, 3 shots, fifth floor--and yet they were not supposed to know the facts -unless they planned the assassination.

Fletcher Prouty commented on this issue to me while we were discussing this memo recently. "It reminds me so much of when the U-2 was lost and the guys from NASA began to explain the U-2 flight until a couple of days later when somebody told them, "hey--it wasn't a NASA flight, we can't do it that way.' And they began to change the cover story. But then Kruschev said, 'Look, I've got the pilot, I know the story.' The U-2 boys used to work across the hall from me--I'd see them coming and going--oh they were shattered, because their cover story had been totally wrong. So Hoover is in the same kind of a box here --he is trying to explain something that is nothing but a cover story, and almost everytime he turns around, he finds there's another hole in it."

Near the end Johnson extolls the virtues of his relationship to Hoover stating "I was more than head of the FBI - I was his brother and personal friend; that he knew I did not want anything to happen to his family; that he has more confidence in me than anybody in town." Pretty laudatory words which substantiate the unusally close rapport these two men had. Then Hoover writes that Johnson tells him "he would not embroil me in a jurisdictional dispute..." This was the reference to Bobby Kennedy and the pre-empting of any other legitimate, independent and official investigation that would NOT be under the control of the FBI. They would see to it that there would not be the kind of "rash of investigations" Hoover said at the beginning of this meeting "would be a three-ring circus."

It is a known fact that in his later years Hoover's meglomania approached epic proportions. He had various reasons why he did not want any independent investigation which would *not* be dependent upon his agency for the collection of data and use of his investigative staff. Johnson was feeling quite vulnerable in these first days and was very dependent on Hoover to tell him what to do concerning how to consolidate his position and "reassure" the nation the assassination was not political in any way, but rather the random occurence of a lone sick mind. That was the only approach to take if they wanted to avoid having to deal with why Kennedy had been killed. By de-politicizing the assassination, they were able to ignore the basic question of why.

This memorandum shows that the people in the federal government who were responsible for creating the Warren Commission, and giving it only a very selected and specific set of "data" by which they reached the conclusions that became the official report, that they did not start with the final cover story--they created it later, because their original cover story was shattered. And so, what we know as the Warren Report is in fact the cover story that is supposed to conceal the truth.

This is what investigative journalist, Dorothy Kilgallen published on the very same day, November 29, 1963, that the cover up memo was drafted. 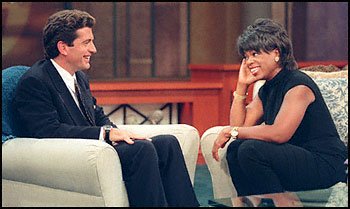