1. Having been completely denied due process/access to justice, if the rule of law is meaningful, it is difficult to suggest that our case is not one of national importance which warrants the attention of the Supreme Court of Canada.

2. The troubling aspect of the Bank's "response" is that it reads like a Motion without Notice, asking the registrar to trigger summary procedure and to dismiss our application even before it reaches any Justice of the Supreme Court of Canada. Indeed, that is not an unusual expectation when a powerful corporation like the Bank of Nova Scotia seeks to evade liability and exploits its resources in effort to dictate the outcome.

3. Is it a surprise to realize that corporations like the Bank of Nova Scotia act like they are above the law? Not in our experience. Moreover, people who obstruct justice are very predictable because their advocacy is agenda-driven and they consequently "adjust" every inconvenient fact to dictate an illegitimate outcome.

4. The Bank would evidently like to rely on the registrar to trigger summary procedure, we would like to be able to rely on the Supreme Court of Canada to reaffirm the simple fact that due process is a right that cannot be compromised.

5. We filed our Supreme Court of Canada application on February 1 2016 and the Bank did not even acknowledge it until March 18, 2016 when it wrote, "We acknowledge receipt of your materials for an Application seeking leave to appeal the Court of Appeal for Ontario's decision of December 4, 2015 to the Supreme Court of Canada. If deemed necessary, we will be delivering responding materials on behalf of our client in due course."

6. For some reason, the Bank evidently thought it would not even be necessary to file a response and then it changed its mind (sort of) because it essentially filed a "non-response response", which is what corrupt corporations do.

7. The Bank even had the audacity to file its response on March 30, 2016 without proper service. According to their sworn affidavit, the Bank served us by regular mail on March 29, 2016. (Reference: Tab 2A)

8. We received the Bank's response to our application in the mail on April 5, 2016 and that was clearly late service.

9. We are not trying to be trite. Out of context, it is an insignificant indiscretion, but when it becomes a pattern, this kind of prejudicial filing assumes a life of its own and has the potential to dictate the entire outcome, as it did before the Ontario Court of Appeal.

10. The purpose of serving documents on time is to notify us of the steps the Bank was taking. Late service of the sort the Bank practiced prejudiced our ability to reply in another, unrelated circumstance and that is the reason we believe the Bank of Nova Scotia corrupted the rules of the Supreme Court of Canada.

11. Delay in opening our file had already granted the Bank of Nova Scotia twice the time than what is generally available to most respondents yet the Bank still failed to serve us as the rules prescribe. We hope that the Bank will be forced to account for disregarding the strict guidelines of the Supreme Court of Canada.

12. The response of the Bank of Nova Scotia is offensive on many levels. In particular, paragraph 30, which is in fact the Bank's key theory, claims that we are operating under the misapprehension that "access to justice" means entitlement to a favourable result.

13. We have been denied due process every step of the way and at every level and we seek no entitlement beyond fair access to justice. The Bank is operating under the misapprehension that it is above the law and makes no distinction between winning and cheating. Consequently, when it brags about having achieved a favourable result, it brags about having cheated to dictate an outcome which has no factual foundation.

14. We do not believe our complaints are unique and think it rather odd and prejudicial that miscarriages of justice, which are well acknowledged by Canada in the criminal law context, are relatively ignored in the civil law context.

15. Despite the fact that the common law appears to be underdeveloped with respect to acknowledging the abuse we speak of, no miscarriage of justice should stand.

16. The Bank's argument that our application to grant leave to appeal does not involve a constitutional issue is interesting but unconvincing.

17. If we are not directly raising constitutional issues in our Supreme Court of Canada Application, it is nonetheless clear the judiciary is obligated to apply and develop the principles of the common law in a manner consistent with the fundamental values enshrined in the Constitution.

18. Moreover, the Bank has replied to our application for leave through exclusive reliance on endorsements that are, upon analysis, as reliable as the decision in New Brunswick v. Ryan, wherein Supreme Court of Canada Justice Iacobucci said, "A decision that is patently unreasonable is so flawed that no amount of curial deference can justify letting it stand."

19. When discretion is abused, civil law, it appears, is proving to be as capable at concealing as it can be at exposing the truth and the reason for that is quite understandable. Corporations are very good at exercising their considerable power and influence to exclude the consideration of relevant evidence and it is consequently not uncommon for them to frustrate justice.

20. Is it is possible to advance the interests of access to justice and to simultaneously ignore the abusive tactics of those who deliberately block it?

22. The Bank's exclusive reliance upon the circular argument endorsements of justices who are not credible is not acceptable. ( Reference: Tab 2C)

23. The Supreme Court of Canada has concluded “the courts should be prepared to change their practices in order to facilitate access to justice” and it is evidently time to better apply the principles that are necessary to achieve that.

24. In our respectful submission, it is not possible to obtain an adequate outcome when misrepresentation and the suppression of the truth is tolerated. In particular, there do not appear to be enough checks and balances in the civil law context to effectively oppose the tactics of corporations that use their resources to evade liability and if we do not do a better job acknowledging miscarriages of justice in the civil law context faith in the judicial process will collapse.

25. Tab "2D" illustrates how the miscarriages of justice that impacted the criminal law process are still cause for concern.

26. Tab "2E" illustrates how the same sort of misrepresentation that impacted the criminal justice system is currently impacting the civil law process.

27. We respectfully submit that miscarriages of justice are the consequence of the systematic denial of fair and reasonable access to justice and that it is time for Canada to better recognize such abuse in the civil law context.

28. If access to justice is a meaningful right, it is our respectful submission that the Supreme Court of Canada has the obligation to acknowledge the public importance of our application for leave to appeal.

ALL OF WHICH IS RESPECTFULLY SUBMITTED this 13th day of April 2016. 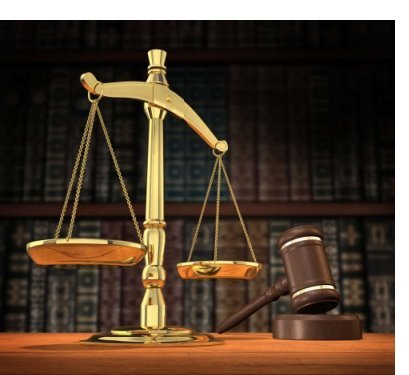