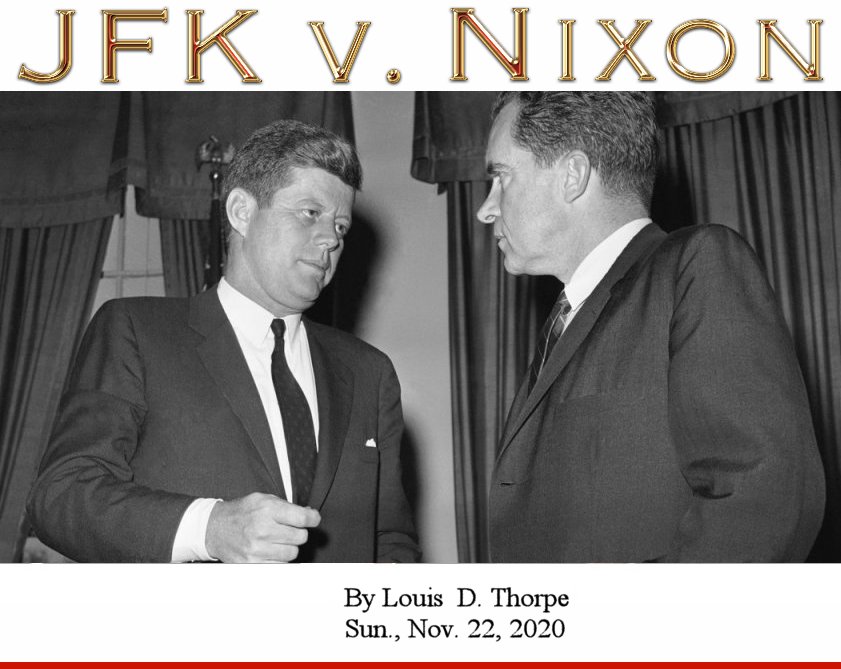 It is time to debunk the myths which have hidden the striking similarity between Richard Nixon and Donald Trump. President-elect, Joe Biden is clealy the anti-Trump candidate of the 2020 election. The fact that JFK was the anti-Nixon candidate has to be explained because persistent myths have replaced the actual truth.

The substantive similarity between Trump and Nixon is undeniable. Like Trump, Nixon relished investigations, spying, secrets, and conspiracies.

As John Ehrlichman observed: "He was a conspiracy buff. He liked intrigue, and he liked secret maneuverings of the FBI, and he liked to hear about what the CIA did, and so on. He just couldn't leave that stuff alone." As president, he ordered chief White House spy E. Howard Hunt to forge diplomatic cables to make it look like President Kennedy ordered the murder of South Vietnamese leader Ngo Dinh Diem. He placed Sen. Kennedy under a 24-hour-a-day Secret Service surveillance in an effort, in Nixon's phrase, "to catch him in the sack with one of his babes." And Nixon pressed aides to plant a false story in the press linking Sen. Kennedy to the 1972 assassination attempt against Alabama Gov. George Wallace.

The 1960 presidential election was a dramatic occasion. Vice President Richard Nixon, the crusading anticommunist, was pitted against John F. Kennedy, the unknown entity that exceeded every expectation through his intimidating intelligence. Kennedy won a 303 to 219 Electoral College victory and the national popular vote by the thinnest of margins -- only 112,827 votes. Needless to say, charges of voter irregularity in Chicago, where Mayor Richard Dailey reigned, were well publicized for many reasons. The fact that Frank Sinatra had convinced mobster, Sam Giancana to campaign for Kennedy, made the well publicized allegations even more widespread.

The fact is however, Illinois did not decide the election in 1960, it would have been futile to challenge the election result and the popular assertion that Richard Nixon did not is false.

Behind the scenes, Nixon encouraged recount efforts on his behalf. His partisan allies built the case for a systematic recount-not just in Illinois and Texas, but in other closely fought states like New Jersey. Nixon did nothing to stop his allies from raising $100,000 for a "Nixon Recount Committee" and filing federal and state lawsuits. The committee shut down its operations after suffering setbacks in several key court hearings, and in that respect, there is no substantive difference between Nixon and Trump.

Tricky Dicky congratulated Kennedy, not for winning the election but for what he called his "fine race". Those who have ignored his sneaky dog whistle have been mislead because when Nixon did not call Kennedy the president-elect, he was essentially telling his supporters, all of them, to find a way to oveturn the election and that was a formidable band of outlaws that tried but failed to change the election result.

Beyond superficial acquaintances, it was not JFK but Richard Nixon who was in bed with the mob, and that fact is still largely ignored.

Jounalist, Don Fulsom is the best and the most reliable authority regarding Nixon's mob connections, and he wrote; "In the 1960 presidential election, Hoffa and his two million-member union backed Vice President Nixon against Sen. John Kennedy. Edward Partin, a Louisiana Teamster official and later government informant, eventually revealed that Hoffa met with Marcello to secretly fund the Nixon campaign - saying, "I was right there, listening to the conversation. Marcello had a suitcase filled with $500,000 cash which was going to Nixon ... (Another half-million dollar contribution) was coming from Mob boys in New Jersey and Florida." The Hoffa-Marcello meeting took place in New Orleans on Sept. 26, 1960, and has been verified by William Sullivan, a former top FBI official."

And that is the tip of the iceberg; "Mob experts connect Richard Nixon to Carlos Marcello - and to Jimmy Hoffa - through Nixon's earliest campaign manager and longest-serving adviser, Murray Chotiner. And they tie Nixon to Santos Trafficante through Nixon's best friend, Florida banker Bebe Rebozo. Mickey Cohen - one of the most notorious mobsters in Los Angeles - admitted rounding up underworld money for two early Nixon campaigns.

Charles Colson - Nixon's presidential emissary to the Teamsters - once raised the theory that Mafia bosses "owned" Rebozo and had gotten "their hooks into Nixon early." By the 1960s, FBI agents keeping tabs on the Mob had identified Rebozo as a "non-member associate of organized crime figures," it is now known. An off-the-books military probe conducted in the waning days of the Nixon presidency found "strong indications of a history of Nixon connections with money from organized crime," the chief investigator later revealed.

In an unpublicized presidential move, Nixon ordered the Justice Department to stop using the words "Mafia" and "Cosa Nostra" to describe the multi-billion dollar national crime syndicate. The president was roundly applauded when he boasted about his order at a private 1971 Oval Office meeting with some 40 members of the Supreme Council of the Sons of Italy. The group's Supreme Venerable, Americo Cortese, thanked Nixon for his moral leadership - declaring, "You are our terrestrial god."

The Nixon administration intervened on the side of Mafia figures in at least 20 trials. And it denied an FBI request to continue an electronic surveillance operation that was starting to penetrate Mob/Teamsters connections.

During the Nixon years, pressure from Washington eased off on Sam Giancana. And long-standing deportation proceedings against CIA-connected mobster Johnny Roselli were dropped. Without going into specifics, government lawyers explained in court that Roselli had performed "valuable services to the national security." A Giancana henchman, Roselli was an important contact man in the Mob/CIA assassination plots against Cuban leader Fidel Castro."

Despite the fact that the Chicago mob was not even able to steal enough votes on behalf of Kennedy to change the outcome of the election, republican strategists like to insist that without voting irregularities, Nixon would have won the election in 1960.

Nixon however did not pusue a more aggressive recount to challenge the election because he had more to hide than his political opponent, and that made allegations of voter fraud an embarassing issue that was best coveed up than exposed.

Another glaring delusion about the political career of Richad Nixon is that he did not run against Johnson in 1964 because he did not think he could win. The truth is more deliberate and exhaustive.

The March 23, 1964, issue of Newsweek betrayed Nixon's overinflated ego where he was quoted extolling his abilities in the following terms: "I feel there is no man who can make the case generally [against the Johnson Administration] more effectively than I can... I have the national name, I have some experience."

So why didn't Nixon challenge Johnson in 1964? The real reason is shocking. The bipartisan consensus that was required and deployed to eliminate opposition to the Vietnam war was a shared obsession that was faithfully executed, behind closed doors, and that defined the "cedibility gap" direction of both the Johnson and the Nixon presidency.

Anybody who has studied history carefully and appeciated the depth of Kennedy's "out by 65" Vietnam war withdrawal commitment, gets it. Kennedy was assassinated because of his opposition to the Vietnam war and that is a historical fact.

Astute reporters noted the rather strange loyalty between Richard Nixon and Lyndon Johnson, and in 1968, it prompted veteran jounalist, Hugh Sydney of Life Magazine to write: "Would Lyndon Johnson really mind terribly much if there were a Republican victory? It is curious how the thought recurs in these bastions 1,000 miles apart. There have been so many little things to suggest it and no big things to deny it." Hugh Sydney further noted that Nixon's visit to the LBJ ranch was friendly, intimate and intense, while Humphrey's visit was an untrumpeted affair.

Richard Nixon felt extemely threatened, not by Johnson, but by JFK and did eveything in his power to oppose him while he was alive. In stark contrast, he called Dean Rusk, "one of the ablest and most honorable men ever to serve as Secretary of State." Needless to say, if Kennedy was still alive in 1964, Nixon would have done eveything in his power to defeat him because JFK claimed the right to veto Rusk when he disagreed with him, and the real source of power that was covertly deployed following his assassination was centered around the alliance between J. Edgar Hoover, Richard Nixon and Lyndon Johnson.

John Ehrlichman confirmed the fact that Hoover and Nixon were behind-the-scenes, policy wonks that ultimately dictated the direction of American foreign policy;

"Hoover and Nixon had kept in touch during all the year Nixon was out of office. Rose Mary Woods had been Hoover's Nixon contact for the exchange of information and advice between them. Whenever Nixon travelled abroad as a private citizen, the FBI agents who posed as "legal attaches" in U.S. embassies were instructed by Hoover to look after Nixon. Hoover fed Nixon information during those years via Cartha De Loach, and through Lou Nichols, a retired Bureau assistant director who had become a distillery executive. But Hoover was more than a source of information -he was a political advisor to whom Nixon listened."

And that is why Nixon did not oppose Lyndon Johnson in 1964.

The popular belief that shrewd political acumen was Nixon's reason for not challenging Lyndon Johnson in 1964, was pure speculationy. The evidence proves otherwise.

Nixon view of freedom was the stark opposite of Kennedy's and that defined the contast of their agendas. As far as Nixon was concerned, only those who violently opposed Communism without reservation, were viewed to be on the side of freedom. After the Bay of Pigs fiasco, Kennedy was in a quandary over what to do about Cuba, and he sought everybody's advise including the opinion of Richard Nixon. Nixon didn't hesitate to take the opportunity to encourage a full-scale military invasion of Cuba. In his own words:

"I would find a proper legal cover and I would go in. There are several justifications that could be used, like protecting American citizens living in Cuba and defending our base in Guatahamo. I believe that the most important thing to do at this point is to get Castro and communism out of Cuba."

As it is now clear and acknowledged by historians without controvesial doubt, if Nixon had won the election in 1960 and his beliefs were deployed, he would have triggered a nuclear war with the Soviet Union for invading Cuba. On this 57th anniversary of the Kennedy assassination we should all be thankful and greatful for the thoughtful leadership of JFK, for he ultimately saved us all through a blockade that evaded unecessary aggession, and that makes Pesident Kennedy one of America's truly greatest heroes.

Next: Law and order is on the line. 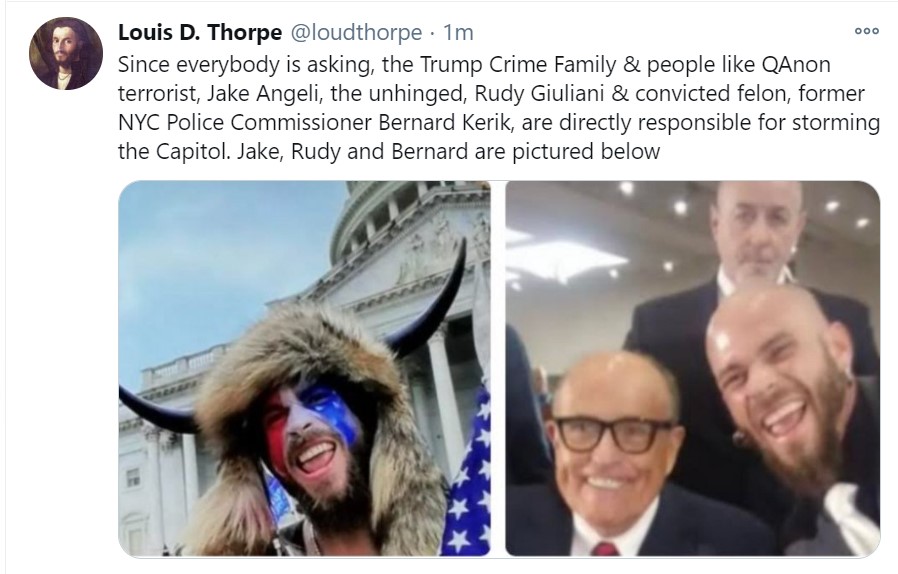 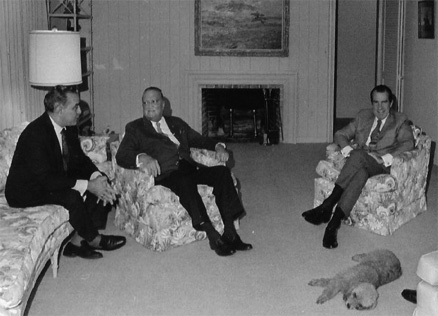