Abraham Lincoln: How many legs does a dog have if you call the tail a leg? Four; calling a tail a leg doesn't make it a leg.

Abraham Lincoln: Truth is generally the best vindication against slander.

Adrienne Rich: False history gets made all day, any day, the truth of the new is never on the news

Albert Einstein: Whoever undertakes to set himself up as a judge of Truth and Knowledge is shipwrecked by the laughter of the gods.

Albert Einstein: No amount of experimentation can ever prove me right; a single experiment can prove me wrong.

Alfred North Whitehead: There are no whole truths: all truths are half-truths. It is trying to treat them as whole truths that plays the devil.

Anais Nin: When we blindly adopt a religion, a political system, a literary dogma, we become automatons. We cease to grow.

Anais Nin: The personal life deeply lived always expands into truths beyond itself.

Andre Gide: Believe those who are seeking the truth; doubt those who find it.

Arthur Conan Doyle: Whenever you have eliminated the impossible, whatever remains, however improbable, must be the truth.

Bertrand Russell: What a man believes upon grossly insufficient evidence is an index into his desires -- desires of which he himself is often unconscious. If a man is offered a fact which goes against his instincts, he will scrutinize it closely, and unless the evidence is overwhelming, he will refuse to believe it. If, on the other hand, he is offered something which affords a reason for acting in accordance to his instincts, he will accept it even on the slightest evidence. The origin of myths is explained in this way.

Christopher Morley: There is no squabbling so violent as that between people who accepted an idea yesterday and those who will accept the same idea tomorrow.

Clarence Darrow: Chase after the truth like all hell and you'll free yourself, even though you never touch its coattails.

Demosthenes: Nothing is easier than self-deceit. For what each man wishes, that he also believes to be true.

Dorothy Thompson: Fear grows in darkness; if you think there's a bogeyman around, turn on the light.

E. L. Doctorow: History is the present. That's why every generation writes it anew. But what most people think of as history is its end product, myth.

Edward R. Murrow: Most truths are so naked that people feel sorry for them and cover them up, at least a little bit.

Elizabeth Kenny: Some minds remain open long enough for the truth not only to enter but to pass on through by way of a ready exit without pausing anywhere along the route.

Emily Dickinson: Truth is such a rare thing, it is delighted to tell it.

George Bernard Shaw: New opinions often appear first as jokes and fancies, then as blasphemies and treason, then as questions open to discussion, and finally as established truths.

George Eliot: [I]t is very hard to say the exact truth, even about your own immediate feelings – much harder than to say something fine about them which is not the exact truth.

Harry Emerson Fosdick: The fact that astronomies change while the stars abide is a true analogy of every realm of human life and thought, religion not least of all. No existent theology can be a final formulation of spiritual truth. The Living of These Days, 1956

Henry David Thoreau: Men rush to California and Australia as if the true gold were to be found in that direction; but that is to go to the very opposite extreme to where it lies. They go prospecting farther and farther away from the true lead, and are most unfortunate when they think themselves most successful.

Henry David Thoreau: The lawyer's truth is not Truth, but consistency or a consistent expediency.

Henry Ward Beecher: It is one of the severest tests of friendship to tell your friend his faults. So to love a man that you cannot bear to see a stain upon him, and to speak painful truth through loving words, that is friendship.

Heraklietos of Ephesos: Whosoever wishes to know about the world must learn about it in its particular details. Knowledge is not intelligence. In searching for the truth be ready for the unexpected. Change alone is unchanging. The same road goes both up and down. The beginning of a circle is also its end. Not I, but the world says it: all is one. And yet everything comes in season.

Jean-Paul Sartre: Like all dreamers I confuse disenchantment with truth.

Joan of Arc: Children say that people are hung sometimes for speaking the truth.

John Trapp: Unity without verity is no better than conspiracy.

Josh Billings: As scarce as truth is, the supply has always been in excess of the demand.

Leonardo da Vinci: Anyone who conducts an argument by appealing to authority is not using his intelligence; he is just using his memory.

Marcus Aurelius: If it is not right do not do it; if it is not true do not say it.

Mark Twain: A historian who would convey the truth must lie. Often he must enlarge the truth by diameters, otherwise his reader would not be able to see it.

Mark Twain: All schools, all colleges, have two great functions: to confer, and to conceal, valuable knowledge. The theological knowledge which they conceal cannot justly be regarded as less valuable than that which they reveal. That is, when a man is buying a basket of strawberries it can profit him to know that the bottom half of it is rotten.

Mark Twain: Truth is mighty and will prevail. There is nothing the matter with this, except that it ain't so.

Mark Twain: In religion and politics people's beliefs and convictions are in almost every case gotten at second-hand, and without examination, from authorities who have not themselves examined the questions at issue but have taken them at second-hand from other non-examiners, whose opinions about them were not worth a brass farthing.

Mark Twain: When in doubt, tell the truth.

Max Planck: It is not the possession of truth, but the success which attends the seeking after it, that enriches the seeker and brings happiness to him.

Molly Ivins: I believe that ignorance is the root of all evil. And that no one knows the truth.

Noam Chomsky: It is the responsibility of intellectuals to speak the truth and expose lies.

Pearl S. Buck: The truth is always exciting. Speak it, then. Life is dull without it.

Peter F. Drucker: There are no creeds in mathematics.

Pierre Abelard: The beginning of wisdom is found in doubting; by doubting we come to the question, and by seeking we may come upon the truth.

Rabindranath Tagore: We read the world wrong and say that it deceives us.

Sam Rayburn: Son, always tell the truth. Then you'll never have to remember what you said the last time.

Soren Kierkegaard: Truth always rests with the minority, and the minority is always stronger than the majority, because the minority is generally formed by those who really have an opinion, while the strength of a majority is illusory, formed by the gangs who have no opinion—and who, therefore, in the next instant (when it is evident that the minority is the stronger) assume its opinion ... while Truth again reverts to a new minority.

Stephen King: Fiction is the truth inside the lie.

Thomas Jefferson: The day will come when the mystical generation of Jesus by the Supreme Being in the womb of a virgin, will be classed with the fable of the generation of Minerva in the brain of Jupiter.

Thomas Jefferson: Ignorance is preferable to error, and he is less remote from the truth who believes nothing than he who believes what is wrong.

Virginia Woolf: Yet it is in our idleness, in our dreams, that the submerged truth sometimes comes to the top.

Virginia Woolfe: If you do not tell the truth about yourself you cannot tell it about other people.

Voltaire: As long as people believe in absurdities, they will continue to commit atrocities.

William James: Truths emerge from facts, but they dip forward into facts again and add to them; which facts again create or reveal new truth (the word is indifferent) and so on indefinitely. The 'facts' themselves meanwhile are not true. They simply are. Truth is the function of the beliefs that start and terminate among them.

William James: Pragmatism asks its usual question. "Grant an idea or belief to be true," it says, "what concrete difference will its being true make in anyone's actual life? How will the truth be realized? What experiences will be different from those which would obtain if the belief were false? What, in short, is the truth's cash-value in experiential terms?

Conclusion: If everybody was like Honest Abe, what a wonderful world it would be. Every dog would have four legs. Unfortunately, dishonest lawyers are anything but Honest Abe. For example, when dishonest lawyers call a tail a leg, they repeatedly insist that a dog has only one leg. Why? If they call a tail a leg, they do not count the real legs, they merely pretend that their mischaracterization is the only thing that matters.

Needless to say, dishonest lawyers are either self-deluded or psychotic -it is not otherwise possible to stubbornly insist that a dog has one leg.

Next: This is a rare find. Do you know any other great lawyers?

A taste of British satire, truth, humor -you be the judge:

Senior Partner Edgar Venal commented: "Let this be a lesson to all those who would oppose Venal &... er, I mean to all those who disobey court orders. Seeing the child being ripped from the mother's arms as she was taken down was a sight for sore eyes. Another great victory for Venal & Grabbit."

Breach of a contact order is a contempt of court, which can be punished by imprisonment. If you have a contact order that needs enforcing, Venal & Grabbit can begin dealing with the matter for a down-payment of Ł5,000. 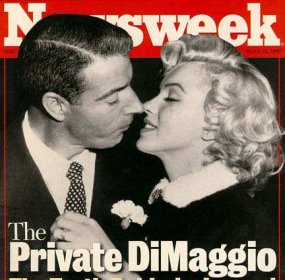